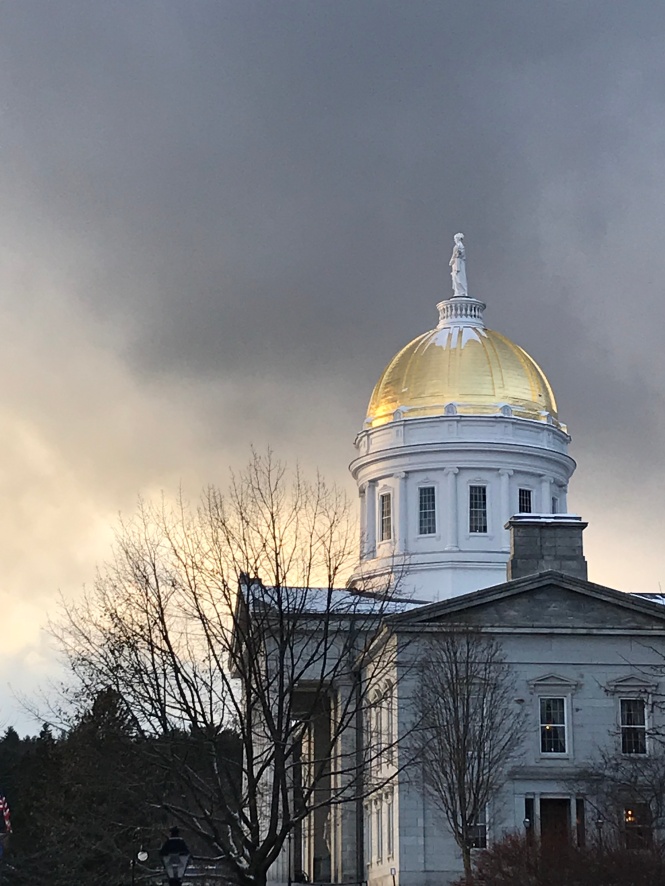 When legislators return to Montpelier in January, we will be greeted by the newly-installed statue of the Goddess of Agriculture, Ceres, replacing the version that had stood atop the Capital Dome for 80 years. The Capital Dome itself has been newly gilded, while inside the State House a number of committee rooms and other spaces have had their own makeovers. Walking the halls of the State House along with veteran lawmakers will be 40 first-term representatives from across the State, bringing new energy and skills to addressing the issues facing Vermont.

I feel privileged to be returning to the restored and reinvigorated State House as one of the four representatives from South Burlington and thank the voters of my district for supporting me. I’m looking forward to advocating on behalf of the district and the State. To that end, going into this session, I have a number of priorities.

First, the legislature needs to continue to address Vermont’s demographic trends — primarily its aging overall population and declining working-age population — that are hindering the State’s economic growth. We need to retain and attract young working families. To do so, we need to attend to those strengths that attract businesses and workers: invest in and right-size our quality public education system, continue to provide health care and State programs that make Vermont one of the healthiest states, and clean up and preserve our great outdoors. We also need to reduce obstacles: attract and retain workers by investing in more affordable housing, early childcare, and family leave, and attract businesses by expanding broadband access and keeping State budget growth in line with revenue growth.

We may not, however, be able to change the demographic trends that the State is facing. Vermont is not the only state with an aging population and declining workforce. By 2026, 17 states will be “superaged,” meaning a population with 20 percent over the age of 65 and a contracting number of working-age people. These 17 states will all be competing for the dwindling pool of young working families. In addition, current restrictive federal immigration policy is blocking all states from enabling immigrants to fill the need for workers. In short, while continuing to develop policies to increase Vermont’s working-age population, the legislature should also consider policies to address the needs arising from the demographics that we have rather than the demographics that we want.
Second, I have a number of priorities that would initially be addressed by the Judiciary Committee, where I hope to serve in the coming Biennium. I intend to continue to find ways to keep individuals who struggle with substance addiction out of the criminal justice system through, for example, the expanded use of treatment courts. The State needs to treat addiction as a public health, not a criminal justice, issue. I also intend to continue to try to reduce Vermont’s incarceration rate while ensuring public safety and to improve the safety of Vermont’s highways.

Third, the legislature needs to make progress on several environmental issues, including those addressed by the Natural Resources Committee, where I may serve if I am not placed on the Judiciary Committee again. Vermont needs a stable and ongoing funding source for cleaning its waters, including Lake Champlain. That funding source should be tied to the pollution causing degradation of the waterways, such as a tax on fertilizer containing phosphorus or on impervious surfaces. The legislature should also ensure that the State is doing enough to help municipalities address combined sewage overflows. Further, to ensure the right balance between emerging environmental issues and the need for development, particularly of affordable housing, the legislature needs to update Act 250. Also, the legislature needs to make significant progress on addressing climate change. I will continue to advocate for putting a fee on carbon pollution at a State or regional level and will consider other initiatives that come out of the legislature’s study on climate solutions from the Joint Fiscal Office.